In which I'm disappointed by sexism in the Ruby community.
10 May 2009

I read this today:

[A]t a conference in France, a male speaker (French), who was speaking about the importance of testing, showed an overhead slide of a naked woman with a caption of the sort–‘Would you buy this product without testing it first?’ There were only 2 or 3 women in the audience (of about 150), but I had fleeting feelings of having accidentally walked into a stag party and wondering if he had either not expected any women to be there or had discounted the importance of directing his remarks to the women in the audience.

–Ellen Spertus, Why are There so Few Female Computer Scientists?

In 1991, I used a gift certificate I won in a junior high car-washing fundraiser content to purchase a tape of Pearl Jam’s Ten from the local record store. 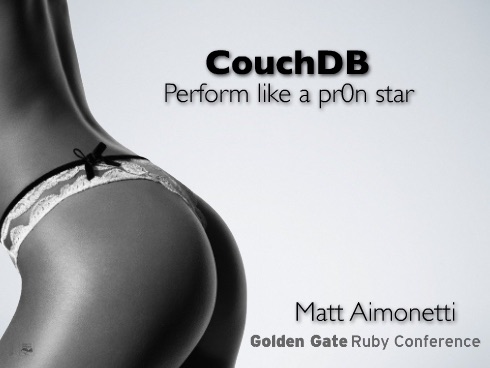 You can see the rest of the slides here.

Let me rephrase: in the lifetime of this year’s college freshman, what’s changed?

Here’s another one: when she graduates in 2013, what will have changed for that freshman?

A few days ago, I noticed this exchange on Twitter: 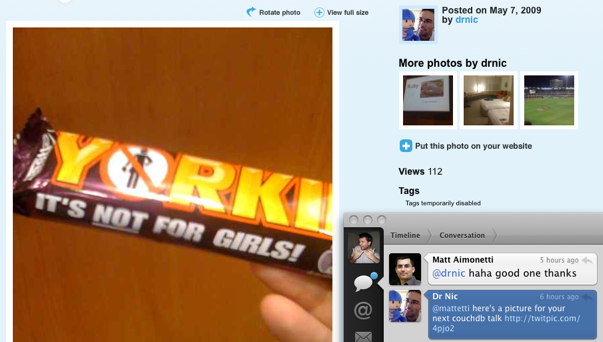 And this gem from David Heinemeier Hansson, creator of Rails:

@_why I love Howard Stern and I do think the spheres of the female body gives life wonder. Suppressing all our animal instincts is futile.

Ladies and gentlemen, the leading lights of the Ruby community.

Read Why Are There So Few Female Computer Scientists and HOWTO Encourage Women In Linux. And honestly, I’m beginning to wonder if the women who aren’t joining the Ruby community aren’t making the right choice.

Update: Also be sure to read The Male Programmer Privilege Checklist for examples of the subtle privileges that male programmers enjoy, almost always without knowing it.